Last year we spent Christmas in Colorado with my aunt and uncle. My aunt is probably one of the most amazing cooks I’ve ever encountered (and I’m surrounded by amazing cooks!!)! So to say we ate well is an understatement! While we were there she introduced me to this wonderful recipe. I love it because it’s yummy, a crock-pot recipe, pork (i don’t cook pork often so it’s a nice change), and it makes a lot so you can freeze the left overs! 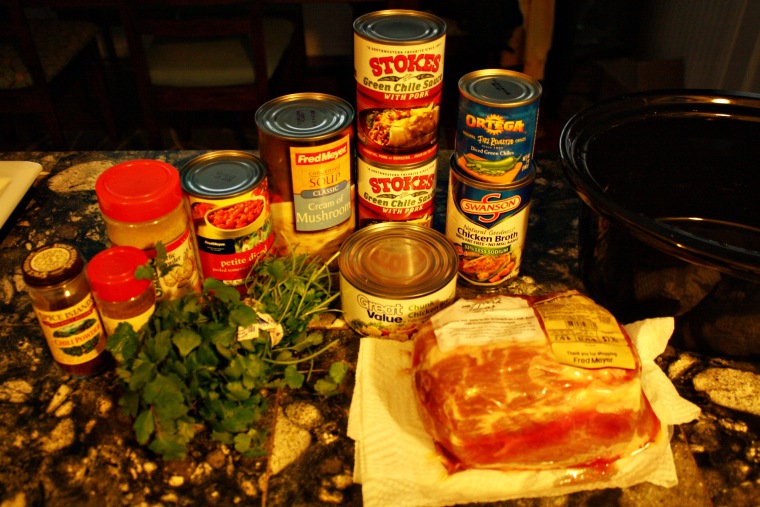 Prepare your meat by cutting it into 4 pieces and trimming the excess fat.

Chop cilantro, then mix together all ingredients in the crock-pot except the meat. Once everything is combined add your meat. I pushed it towards the bottom so that it was mostly covered in sauce.

Once the meat is done cooking remove your large chunks of meat from the crock-pot. At this point I removed more of the fat (it really grosses me out) and then shredded up the meat. When shredding shred some of it really fine and some of it chunkier. Put your meat back into the crock-pot. It will be really “soupy”. 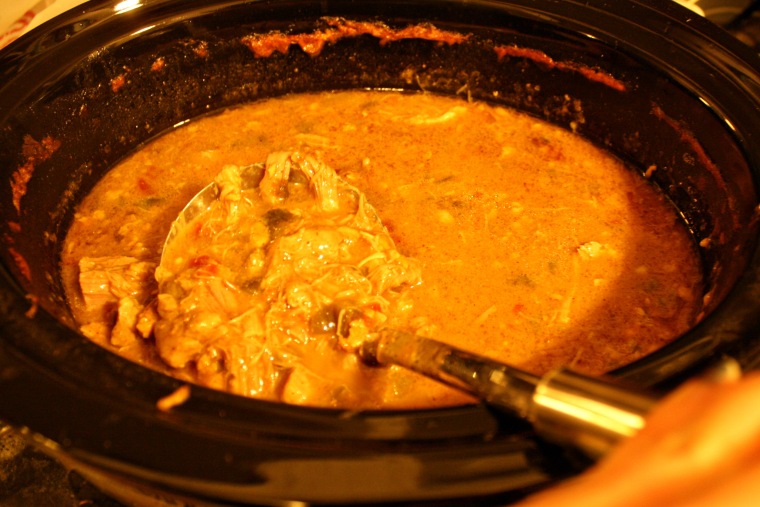 Some of this may seem a little weird but trust me it’s worth it. First put your tortilla on the plate. To add meat use a ladle or slotted spoon to get some chunks of meat but try to drain of as much of the juices as possible. Add cheese. Microwave for about 15 seconds. This will help melt the cheese and it softens the tortillas to help during the folding process.

Fold all 4 sides in then flip it over! This has to be done quickly or you will have a big mess. Pour some of the juices over the burrito and add your favorite toppings! We topped ours with, sour cream, salsa, guacamole, green onions, lettuce and more cheese. Enjoy!

This makes a lot of food so left overs can be frozen and reheated for a later meal if you want!